Skip to content
This story appears in the December 16, 2013 issue of Forbes.

Al Corbi’s residence in the Hollywood Hills has the requisite white walls covered in artwork and picture windows offering breathtaking views of downtown Los Angeles, but it has more in common with NSA headquarters than with the other contemporary homes on the block. The Corbi family doesn’t need keys (thanks to biometric recognition software), doesn’t fear earthquakes (thanks to steel-reinforced concrete caissons that burrow 30 feet into the private hilltop) and sleeps easily inside a 2,500-square-foot home within a home: a ballistics-proof panic suite that Corbi refers to as a “safe core.”

Paranoid? Perhaps. But also increasingly commonplace. Futuristic security technologies–many developed for the military but sounding as though they came straight from James Bond’s Q–have made their way into the home, available to deep-pocketed owners whose peace of mind comes from knowing that their sensors can detect and adjust for, say, a person lurking in the bushes a half-mile away.

“If you saw this stuff in a movie you would think it is all made up,” says Corbi, whose fortress-like abode doubles as the demonstration house for his firm, Strategically Armored & Fortified Environments (SAFE).

It’s not hard to see why such cutting-edge technologies would appeal to high-profile homeowners. “We had an assessment done three years ago from a private security company,” says John Paul DeJoria, billionaire founder of John Paul Mitchell Systems. “They said … that every now and again you get a real kook, and what if they came to your home and tried to do something stupid?” Now his main residence has security “similar to that of the White House.” 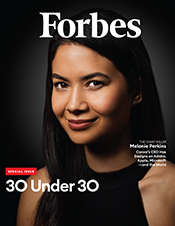 He’s far from the only one. Chris Pollack, president of Pollack+Partners, a design and construction advisor based in Purchase, N.Y., says that while security has always been a given in building homes for his ultra-high-net-worth clients, the spending for home defense has increased markedly over the last five years.